'When Hillary Clinton travels there's going to need to be two planes, one for her and her entourage, one for her baggage

Just in time for Tax Day, the Board of Equalization issued a study requested by the Senate Committee on Governance and Finance estimating the revenue take from taxing untaxed services would be $122.6 billion. The study will become fodder in the coming debate over Senator Bob Hertzberg’s effort to restructure the state tax system to include taxes on the service economy. 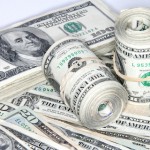 Just in time for Tax Day, the Board of Equalization issued a study requested by the Senate Committee on Governance and Finance estimating the revenue take from taxing untaxed services would be $122.6 billion. The study will become fodder in the coming debate over Senator Bob Hertzberg’s effort to restructure the state tax system to include taxes on the service economy
.Hertzberg commented on the study results, “California’s economy has changed from one that had been dominated by making goods to today where 80 percent is producing services.”
Hertzberg’s plan, Senate Bill 8, would tax services as part of a restructuring plan and raise an additional $10 billion in tax revenue.
In response to the study, Board of Equalization Vice-Chair George Runner said,  “I’d consider a broader sales tax only if it’s part of revenue neutral tax reform, such as abolishing California’s income tax and the Franchise Tax Board, along with other taxes that destroy jobs. … The last thing overtaxed Californians need is another tax.”
Runner opposes Hertzberg’s proposal.
There will be plenty of time to get into the debate over service taxes. However, it should be noted that the $122.6 billion the service tax could supposedly raise is not only larger than the current General Fund budget of $113 billion, but almost $10 billion larger. In other words, a tax on services as outlined in the study could replace the General Fund revenues and get the additional $10 billion that Hertzberg is looking for while eliminating the income tax, state sales tax and corporate tax.
Hertzberg’s proposal would not attach a service tax to all the items delineated in the BOE study, pointing out education and health care as tax-free services.
If not all services are taxed the door would be open for other services and industries to seek exemptions from the tax — a potential field day for the state’s lobbyists.
Via: California Political Review
Continue Reading....
at 4/18/2015 06:54:00 PM No comments:

Time for American Taxpayers to revolt


This was the horrible week in which millions of Americans paid their taxes to the ever increasing and intrusive federal government. This year, the tax burden has grown with Tax Freedom Day appearing on April 24, meaning that Americans will spend approximately one third of the year working for government before they can provide for their families.


Taxes are certainly oppressive in this country. Compared to last year, tax revenue increased 4.3% to $1.478 trillion in the first 6½ months of the 2015 fiscal year. Even worse, the insatiable federal government continues to spend money with reckless abandon.  Through April 1 of this year, the budget deficit was an astounding $439 billion, a significant increase from 2014.

Not only are taxes and deficits increasing, but the actual size of the federal tax code is exploding. When the income tax was created in 1913, the tax code was only 400 pages. It increased to 26,000 pages by 1984 and has tripled in size in the last 30 years. Since the implementation of Obamacare in 2010, the federal tax code has increased another 3,300 pages, resulting in more rules and regulations for Americans to decipher. Today, the federal tax code is over 74,000 pages of bureaucratic nonsense, making it impossible for the average American to complete their own tax return. It is no surprise that 94% of Americans need professional assistance in finishing their tax return.

Lynton responds that the situation is “tricky,” but that he suggests removing the fact if “no one else knows” and the show can get away with it (emphasis added again):

The pair then went back and forth about whether it’s worth compromising for “Batman,” and how it could hurt the brand to not give in to his request:

CNSNews.com) - President Barack Obama warned the American people in his weekly address today that “there’s no greater threat” than climate change and that it “poses immediate risks to our national security.”
He said Americans need to work against climate change because “it’s about protecting our God-given natural wonders.”
“Wednesday is Earth Day, a day to appreciate and protect this precious planet we call home,” said Obama. “And today, there’s no greater threat to our planet than climate change.”


“This winter was cold in parts of our country--as some folks in Congress like to point out--but around the world, it was the warmest ever recorded,” said Obama.
“And the fact that the climate is changing has very serious implications for the way we live now.  Stronger storms.  Deeper droughts.  Longer wildfire seasons,” he said. “The world’s top climate scientists are warning us that a changing climate already affects the air our kids breathe. Last week, the Surgeon General and I spoke with public experts about how climate change is already affecting patients across the country. The Pentagon says that climate change poses immediate risks to our national security.”
Via: CNS News
Continue Reading.....
at 4/18/2015 06:39:00 PM No comments:

Cruz: If Terrorists Attacked A Golf Course ‘That Would Get The White House’s Attention’

NASHUA, N.H. — Texas Sen. Ted Cruz, Republican presidential candidate, took a jab at President Barack Obama Saturday for not attending the march in France against radical Islamic terrorism when he gave remarks at the First in the Nation Republican Leadership Summit.
“And we all remember just a few months ago seeing over 40 world leaders walking arm and arm in solidarity with France against radical Islamic terrorism and where oh where oh where was the United States of America? You know, if only the terrorists attacked a golf course. That might actually get the White House’s attention. ‘Holy cow! This is serious!'” Cruz said.
The march in France happened after two masked gunmen opened fire and killed 12 people and injured 11 others at the French satirical weekly newspaper Charlie Hebdo in Paris.
Via: Daily Caller
Continue Reading....

RUBIO IN NH: 2016 WILL BE A REFERENDUM ON OUR IDENTITY AS A NATION

Sen. Marco Rubio (R-FL) enjoyed a warm reception at the New Hampshire Republican Leadership Summit. He built on the theme of optimism for America’s future that he spoke of in his presidential announcement speech, and he added some sharp criticism of President Barack Obama’s foreign policy. Rubio started by noting that it had been a “fascinating week, probably the most historic of my life,” and then shifted into a bit of a stand up routine that seemed well-received. A reporter had asked whether Rubio thought that 43 was “old enough to be president.” Rubio’s reply: “I’m not sure but I’m pretty sure 44 is,” which is how old he will turn on his birthday this May. The Constitution only requires that the President be at least 35 years old, and our youngest President, John F. Kennedy, was 43 when he was sworn into office in 1961.
Rubio also joked that he had “worn more wires than an FBI informant” this week, due to all the media interviews. Regarding Hillary Clinton’s rumored plan to raise $2.5 billion for her campaign, Rubio quipped, “that’s a lot of Chipotle, my friends.”
Taking a more serious tone, Rubio said that running for President was “a decision one makes after a lot of thought and prayer.”
“I believe with all my heart that we are on the verge of another American century,” he continued, echoing the “New American Century” theme of his campaign. “Throughout all of human history, you could only go as far as your parents went before you,” said Rubio, but in America, we did not have such limits.
Rubio then spoke about his family, about how both of his parents had been born poor in Cuba, where “they found themselves in a society that told them…there are things you just cannot do because of who you are and where you come from.”
After coming to America, the Rubios found jobs, were able to raise their four children, own their own home, save for retirement, and leave their children better off. “They were never rich, never famous, but they were successful,” said Rubio, meaning that his parents had achieved the American dream.
However, said Rubio, today that American dream is in doubt for millions of Americans. “Why is this happening to the greatest country in human history?” he asked. The answer, according to Rubio: too many leaders stuck in the past. All was not lost, though, and “our future has the opportunity to be better than our history,” if America finds away to adapt to the twenty-first century.
America is “engaged in a global competition” for investment and talent, said Rubio, and is being held back by regulations that are crushing innovation, an excessive corporate tax rate, businesses that are not growing because of Obamacare, and energy policies that are blocking us from using our natural resources.
Via Breitbart
Continue Reading
at 4/18/2015 06:33:00 PM No comments:

Good news: The President’s recent action on immigration is still running into resistance in the courts.
On Friday, attorneys for the Obama administration argued before the Fifth Circuit Court of Appeals in New Orleans. They were asking for a stay of a lower court judge’s ruling preventing the administration from moving forward with its executive amnesty designs.
It does not appear that they are going to win.
The three-judge panel consisted of two Republican appointees and one Democratic appointee. That’s a problem for President Obama because Republican-appointed judges tend to take the Constitution seriously.
One of the two Republican-appointed justices used Obama’s own statements against a Justice Department lawyer.
The sole Democratic appointee on the court noted that the President’s actions could discourage illegal immigrants from applying for programs that offer them work permits.
It looks like it’s going to be 2-1 in favor of the good guys when everything is said and done here.
The Constitutional principle of separation of powers survives for at least another day, the objections of the President notwithstanding.