(CNSNews.com) - 1,148,000 fewer Americans held jobs this November than did seven years ago in November 2006, according to data released today by the Bureau of Labor Statistics.
Back then, according to BLS, 145,534,000 Americans held jobs. This November, according to BLS, only 144,386,000 Americans hold jobs. That is a drop of 1,148,000 in the number of Americans working.
This decline in the number of Americans who actually have jobs has come even though the size of the nation’s civilian noninstitutional population and the size of the nation’s civilian labor force have both grown significantly over the last seven years.

kit to audit taxpayers and organizations, The Daily Caller has learned.
A redacted IRS letter dated Sept. 8, 2011 reveals that at least in one case the IRS’s examiners used photos of a property, obtained through Google Maps

, as evidence to revoke the 501(c)(4) status of a homeowner’s association.
“The road consists of a two-mile loop around the inside of the property. It goes not have any sidewalks or bicycle lanes. The examining agent printed and copied a map from Google Maps (www.google.com) into this report,” states the letter.
501(c)4 is a tax-exempt status that includes certain “social welfare organizations,” “local associations of employees

,” “homeowners associations,” “volunteer fire companies,” and certain lobbying organizations.
The IRS became mired in scandal in May 2013 after a report by the Treasury Inspector General for Tax Administration found that IRS staffers had singled out tea party groups seeking 501(c)(4) tax-exempt status for extra scrutiny.
The agency did not return The Daily Caller’s request for comment for this report.
In formal guidance issued to IRS agents inspecting historical conservation sites, however, Google Maps and the online real estate database Zillow are mentioned as tools

to help determine whether a property meets the regulatory requirements necessary to receive charitable contributions.
In addition to using freely available aerial and street photographs to survey property, agents are also encouraged to use search engines to research background information on suspected tax cheats.

‘President Latch-on’ knows how to find the limelight

President Barack Obama never even once visited the iconic Nelson Mandela while he was still alive, but count on him hogging all the limelight he can at the freedom hero’s funeral.

t is a matter of public record that Obama ignored Mr. Mandela during all four years of his first term as president.

Michelle Obama briefly visited Mandela during her 2011 South African trip before going on safari with her two daughters.

During Obama’s June 2013 South African trip, Obama “deferred” to the family of an ailing Mandela by not visiting Mandela at his sick bed.

Does anyone notice how Obama excels at latching on to public figures like any common opportunist?  Today it’s Nelson Mandela.  Yesterday it was Pope Francis.

Obama gives the world the impression that he has suddenly fallen in love with an allegedly-gone-completely-Marxist Francis.

After first channeling most of the American presidents, Obama proves he will hitch a ride on anybody’s little red wagon he views as important.

“I am one of the countless millions who drew inspiration from Nelson Mandela’s life,” said Obama.  “And like so many around the globe, I cannot fully imagine my own life without the example that Nelson Mandela set”.

Too bad, Obama hadn’t taken the opportunity to speak those passionate words into the ear of Mr. Mandela during his first term of office when Mr. Mandela was still alive.

These are the words Obama used in describing his newfound admiration for Pope Francis: “I think Pope Francis is showing himself to be a just and extraordinarily thoughtful, and soulful, messenger of peace and justice.”

Something is up!  The "young invincibles" who were largely responsible for catapulting Barack Obama into the seat of power appear to be spurning ObamaCare and its joke of a website.  A recent Harvard University Institute of Politics poll revealed that 50% of 18- to 29-year-olds disapprove of ObamaCare and believe that it will raise their health care costs.
Compounding that problem is the fact that less than one third of uninsured young people say they plan to enroll in coverage, which means that those the president was depending upon to carry the weight of health care costs would rather spend the little money they have trying to get their Obama logo tattoo lasered off.
Good for them!  America's youth are smarter than Obama gives them credit for.  They've figured out that the guy who's ruined their chances for a lucrative career now wants them to shoulder the bulk of the costs for his health care bill with money that his economic policies have prevented them from earning.  Seems those between the ages of 18 and 29 are on to the president's Ponzi scheme, wherein the government wrangles the young into shifting their nonexistent resources to older, sicker Americans.
A recent Gallup survey found that more than one quarter of people without health insurance would rather pay the fine.

Exclusive--Texas Lt. Governor: We Shut Down the Border Ourselves

Texas Lieutenant Governor David Dewhurst announced a Texas-led three-week effort that he says reduced illegal immigration, smuggling, and human trafficking to a standstill in the Rio Grande River section of the U.S./Mexico border. 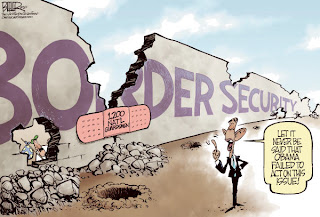 The Lt. Governor spoke with me in an interview for Breitbart News; he stated: “In the Rio Grande Valley sector, nearly nothing moved in those three weeks. We shut it down. We had teams of Texas law enforcement in the brush, high altitude aircraft, gun boats, and more," he explained. “Our intel revealed that the Gulf cartel was growing frustrated with our three-week effort.”
“The border issue is just about dollars and cents,” Dewhurst said. “This proves Texas can do the job the federal government has refused to do — to invest in the border and shut it down from illegal activities that are hurting Texans and other Americans.” He added: "Texas will protect our own citizens and other Americans from the criminal gangs that are destabilizing our state and our nation.”
The plan, according to Dewhurst, was to do a three-week operation with the Texas Department of Public Safety (DPS) as the tip of the spear. He said the effort cost approximately $5 million each month. “We are fixing to appropriate more money,” he said. The Lt. Governor is seeking an additional $60 million to be approved by the State Legislative Budget Board.
Dewhurst stated, “We started appropriating money to plug the holes that exist in the border. We’ve allocated hundreds of millions, as a state, since 2008.” He added: “Nearly 796 million of state money, not a dime federal, has been allocated by the State of Texas to plug the holes in our border. This covers things like over-time for Sheriffs’ deputies,  equipment, and Texas Rangers SWAT teams [referring to the elite Texas Rangers, an arm of the DPS].”
Via: Breitbart
Continue Reading...
at 12/07/2013 07:00:00 PM No comments:

As Congress gets ready to battle on immigration reform next year, it's important to take a look at who will help enforce and shape any kind of immigration overhaul. Former Department of Justice Assistant Attorney General and radical open borders attorney Tom Perez was safely put into the position of Labor Secretary by President Obama and the Senate earlier this year, knowing the Department of Justice is safely locked down as pro-amnesty. Perez has a long history of advocating not for American workers, but for illegal alien workers and made sure the Department of Justice was stacked with pro-amnesty attorneys before making his way to the Labor Department.

More than 2,400 Americans were killed and Obama can’t be bothered.
No official White House statement: 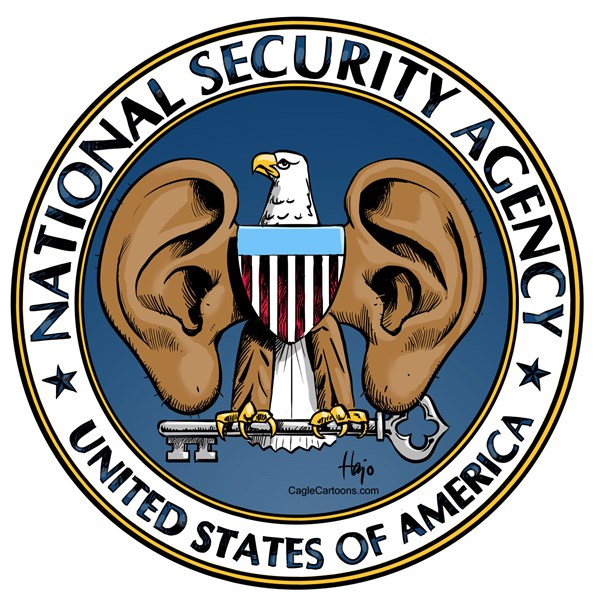 If the president won't scrap this law, shouldn't he delay it for all Americans before it can do further harm? Families who work hard and play by the rules deserve some basic choices, fairness and relief. That's why the House passed legislation to delay the individual mandate for all Americans and let you keep the plan you like; and it's why House Republicans will continue to give the law the scrutiny it deserves.
Via: GOP.gov
Continue Reading...
at 12/07/2013 03:52:00 PM No comments: