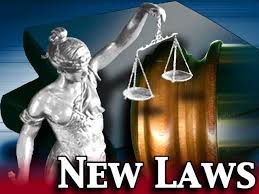 It's true. Someday, everything is going to be illegal.
Take California, for instance. Californians will celebrate the new year by welcoming 876 new laws that need bureaucrats to monitor and enforce.
And we wonder why government grows?

Homeowners behind on their mortgage payments and negotiating with their banks to find a way to work things out won't have to worry about getting a surprise foreclosure notice.
Women will have expanded access to birth control, as registered nurses will be able to dispense contraceptives such as the pill.
Apartment dwellers concerned about the possibility of carbon monoxide poisoning will be able to breathe easier.
Employers will not be allowed to require workers or job applicants to divulge their social media accounts or provide passwords to them.
Those are among the legal changes in California that will kick in Tuesday as a result of some of the 876 laws signed by Gov. Jerry Brown in 2012. By historic standards it was a somewhat low number but was the most new laws put on the books in the state since 2006.

Just as an aside, are nurses able to judge drug interactions well enough to allow them to dispense contraceptives? It is amazing that there has been a political decision to allow nurses to do this. There is no medical advantage and, in fact, may prove to be tragic if a nurse mistakenly writes a prescription for the pill for a patient who, for whatever reason, shouldn't get it.
Via: American Thinker
Continue Reading...

A Democratic member of Congress is moving to block President Barack Obama's congressional pay increase. The move, led by John Barrow of Georgia, is to prevent the pay increase that Obama issued through an executive order from going into effect.
"At a time when American families face real hardship, it would be irresponsible to allow Congressional pay to increase," says Barrow in a statement. "Too many families face uncertainty in the New Year for Congress to get a bonus. Folks expect us to be looking out for them, not ourselves, and we should be working to lower taxes, cut spending, and get our nation's debt under control. Congress should get to work, and I urge the House leadership to do anything and everything possible to stop this pay increase for Members of Congress right away."
Barrow's office explains: "The Executive Order called for a pay increase for Members of Congress and other elected officials of 0.5 percent after March 27, 2013. During tonight's votes, Congressman Barrow will urge his colleagues to sign his letter to House Leadership urging them to bring legislation to the floor to block the pay increase."
Here's the letter Barrow is circulating to send to House leadership:

Dear Speaker Boehner, Leader Cantor, Leader Pelosi, Whip Hoyer,
We oppose the pay increase for Members of Congress granted by Executive Order on December 27, 2012. The Executive Order would raise our salaries by $900 per year, beginning March 27, 2013.
We believe that it is inappropriate for Members of Congress to receive a pay increase of any size while American families and taxpayers continue to face tough economic times.
We urge you to bring legislation to the floor to stop this pay adjustment as soon as possible.

FISCAL CLIFF DEAL: $1 IN SPENDING CUTS FOR EVERY $41 IN TAX INCREASES

According to the Congressional Budget Office, the last-minute fiscal cliff deal reached by congressional leaders and President Barack Obama cuts only $15 billion in spending while increasing tax revenues by $620 billion—a 41:1 ratio of tax increases to spending cuts. 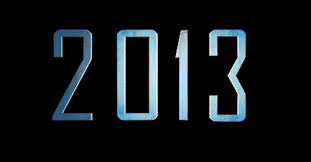 All through 2012 I kept telling myself that, if I could just wait it out until the elections, a majority of Americans would surely set things right by electing Mitt Romney, but we have since learned that he was a reluctant candidate who, if we are to believe his son—and I think we can—really didn’t want to get in the race, but thought the others in the primaries had little chance of winning.

I won’t blame Romney for the loss. Running against an incumbent President has rarely yielded victory. He had all the right qualifications, but he always struck me as just “too nice” and, as we know, Republicans were reluctant to tear into Obama’s appalling record on the economy and other issues. Like Romney, they are “too nice” despite being up against political thugs.

I think 2013 is going to be a very unlucky year for the United States and it has a lot to do with the fact that Barack Hussein Obama is now free to finish off his destruction of America because he does not have to run again for office.

Anyone who has seen Obama in action over the past four years has reason to fear 2013 and beyond. Any man who wants to be President has to have a lot of confidence in himself and a very thick skin. Obama, however, turns every occasion, including the recent funeral service of Sen. Denial Inouye, into an opportunity to talk about himself. A National Standard article noted that during the recent funeral for Hawaii senator Daniel Inouye, Obama “in the short 1,600 word speech…used the word “my” 21 times, “me” 12 times, and “I” 30 times.”