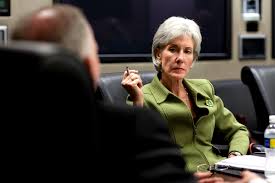 Newly released documents reveal the anxieties of the Department of Health and Human Services (HHS) about Healthcare.gov, which warn that failure to finish the website puts “the entire health insurance industry at risk.”
The HHS released documents relating to its new contract to maintain the federal health exchange on Wednesday, justifying its reasons to expedite the procurement process because of an “urgent need” for the website to work.
The documents instruct the new contractor, Accenture Federal Services, to build “core functionality” of the website, including software that tracks enrollment and calculates subsidies to pay insurance companies. Centers for Medicare and Medicaid Services (CMS) officials have admitted that nearly half of the site has yet to be built.
CMS officials said the majority of work remains to be done on back end systems, including the financial management module, which will automate and smooth intersections with third parties including health plans.
HHS warned that if the site is not completed by March 2014, it puts the “entire health insurance industry at risk.”
“CMS must immediately award a contract for these services under the auspices of the aforementioned exception to full and open competition because there is limited time to build this functionality and failure to deliver the functionality above by mid-March 2014 will result in financial harm to the Government,” the “Justification for Other than Full and Open Competition” statement accompanying the contract revealed.
“If this functionality is not complete by mid-March 2014, the government could make erroneous payments to providers and insurers,” it said.
Via: WFB
Continue Reading.....
at 1/18/2014 09:00:00 PM No comments:

NY GOV. CUOMO: PRO-LIFE, PRO-GUN, PRO-MARRIAGE CONSERVATIVES 'HAVE NO PLACE IN THE STATE'

He began by ripping into the Tea Party without naming it:
You have a schism within the Republican Party. … They’re searching to define their soul, that’s what’s going on. Is the Republican party in this state a moderate party or is it an extreme conservative party? That’s what they’re trying to figure out. It’s a mirror of what’s going on in Washington. The gridlock in Washington is less about Democrats and Republicans. It’s more about extreme Republicans versus moderate Republicans.
He then added:
You’re seeing that play out in New York. … The Republican Party candidates are running against the SAFE Act — it was voted for by moderate Republicans who run the Senate! Their problem is not me and the Democrats; their problem is themselves. Who are they? Are they these extreme conservatives who are right-to-life, pro-assault-weapon, anti-gay? Is that who they are? Because if that’s who they are and they’re the extreme conservatives, they have no place in the state of New York, because that’s not who New Yorkers are.
Via: Breitbart
Continue Reading.....
at 1/18/2014 08:00:00 PM No comments:

Hundreds of millions of taxpayer dollars have be paid to a liberal journalism group, and the agencies responsible don’t seem to want to talk about it. But some in Congress aren’t afraid of the issue. Rep Lamar Smith, R-Texas, addressed the issue on the floor of the House of Representatives on Jan. 13, asking his fellow members of Congress why taxpayers were “subsidizing a liberal news outlet.”
Internews is a liberal journalism nonprofit that has gotten more than $364 million from the U.S. government in the past 10 years, as well as $1.7 million from liberal billionaire George Soros.  It has also founded three liberal journalism outfits: Link TV, the Earth Journalism Network and Climate Commons.
(video after break)
“Mr. Speaker, since 2002, over $362 million dollars in government grants have gone to fund a liberal news organization by the name of Internews,” Rep. Smith said.
“The Business and Media Institute describes Internews as a liberal journalism nonprofit and states that not only does it push a liberal agenda but it also has helped create at least three other liberal organizations.
“Why are taxpayers’ dollars subsidizing a liberal news outlet? This is a misuse of the public’s money. People need unbiased information so that they can form their own opinions and make educated decisions.
“One of the greatest challenges a democratic America faces today is a biased media.  It is inexcusable and irresponsible for the federal government to give any of the American taxpayers’ dollars to a liberal media organization.”
Rep. Smith earlier told the Business and Media Institute that such funding was “inexcusable and irresponsible.”
The amount of government funding going to Internews is staggering. In 2011 alone, it received $52,350,784 in government grants, according to its 990 tax forms. This makes up 92.4 percent of the $56,644,153 in total reported revenue for that year. And 2011 wasn’t unusual. According to the Soros-funded Center for Public Integrity, “all but $1.6 million of the $26.7 million in revenue it [Internews] reported in 2004 came from the federal government.”
Via: Newsbusters.org
Continue Reading....

The Reign of Collective Stupidity

An acquaintance of mine tells the story of finding himself in the midst of a public demonstration against Canadian Prime Minister Stephen Harper. The chant being raised, so reminiscent of the 1960s, was: Hey, Hey, Ho Ho! Stephen Harper Has Got To Go. My acquaintance asked a placard-bearing young woman, obviously a student, what precisely she objected to in Harper's conduct and policies. She was unable to respond. He repeated his question and, after some hesitation on her part, received the answer: "I don't know, but he's got to go." Ipse dixit!
Listening to CBC radio's weekly opinion sampler, Cross-Canada Checkup, on the Sunday before New Year, I was treated to a random specimen of public perspectives and sentiments on issues regarded as having been of major importance in the year coming to an end. I learned, inter alia, that global warming was a dire threat to the continuance of the species. I discovered that our conservative government has pursued an agenda injurious to the national interest. And so on. That global warming has been largely discredited and that temperatures have remained stable for the last 17 years was, apparently, news to the coast-to-coast participants in the program. They had never heard of premier Canadian climatologists Tom Harris, Lawrence Solomon, Tim Patterson and Ross McKitrick (oft maligned by the denizens of the global warming industry) or of the Oregon Petition with its 32,000 dissenting scientists. (As James Lewis comments, "Anybody who still falls for climate scare-lines after this freezing winter is either (a) terminally brainwashed or (b) stupid beyond repair. It's often hard to tell the difference.") That the Harper government had steered the country through the fiscal meltdown of the last tumultuous years, leaving it in one of the strongest economic positions in the developed world, was scarcely a blip on the radar of national consciousness. People with salaries and the leisure to opine at length on phone-in programs seem to think this privileged condition is somehow natural and unassailable.

Thursday Cable Ratings: Fox’s The Five #1 in Demo for All Cable News

On Thursday evening, Fox News’ The Five was the highest-rated show in the 25-54 demo for all of cable news with 365K viewers. The O’Reilly Factoron Fox was a close second with 359K, followed by On The Record with Greta Van Susteren, which had 304K.
In total viewers, Bill O’Reilly was #1 with 2.768M, followed by Special Report with Bret Baier with 2.238M and The Kelly File with 2.152M.
Here are the rest of your Thursday ratings: 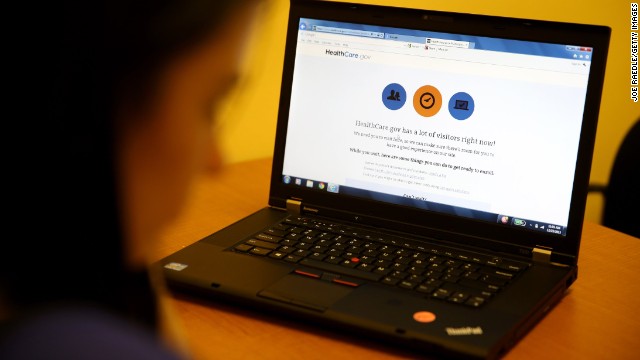 The majority of the more than 2 million Americans who signed up for health insurance under ObamaCare through the end of December were already enrolled in employer-sponsored plans or had previously bought their own coverage, The Wall Street Journal reported Friday.

Early data from insurers, brokers and consultants suggest that the marketplaces are popular with consumers who were previously covered elsewhere, raising questions about a law intended to expand coverage to millions of healthy, uninsured Americans to help offset costs.

A survey by management consulting firm McKinsey & Co. found that only 11 percent of consumers who purchased new coverage under ObamaCare were previously uninsured. The survey was based on a sampling of 4,563 consumers between November and January, according to The Wall Street Journal.

HealthMarkets Inc., an insurance agency that signed up about 7,500 people in exchange plans, reported that 65 of its enrollees had prior coverage, the report said. Fifteen percent of enrollees had their individual plans canceled, and 40 percent switched over from previous individual plans.

"One of the intents of the law was to address the uninsured problem in our country," David M. Cordani, chief executive of insurer Cigna told the newspaper. Some insurers said the early data on newly insured consumers is falling short of expectations.