Harvard University students agreed by vote that plastic single-use water bottles should no longer be sold on campus, leaving the fate of plastic water bottles in jeopardy at the Ivy League institution.
While campus administrators cannot be forced to go along with the student vote’s outcome, organizers of the ballot measure say they expect cooperation from Harvard officials, who will be lobbied by the student government to comply.
“We will be working with the administration to make sure student wishes are met,” Katrina Malakhoff, chairperson of the Harvard Environmental Action Committee, said in an email to The College Fix.
Sixty-four percent of students who voted in Harvard’s fall referendum late last month supported “ending the sale and distribution of plastic non-reusable water bottles on campus (including at Harvard cafes and Crimson Catering events) and making drinking water more accessible through the installation of additional water fountains and reusable water bottle filling stations.”
Harvard University officials did not respond to phone calls and emails from The College Fix asking if they would support the student referendum’s majority vote to end the sale of bottled water on campus.
Malakhoof, in her email, said “now that students have shown their support, we are optimistic that these stations can be installed within the next few months.”
Funding for the new water stations will be shouldered by a grant the environmental action committee received, as well as support from the Harvard Office for Sustainability and other campus coffers, Malakhoff said.
Single-use plastic water bottles are the latest environmental trending cause. Critics contend the environment is polluted once to create the plastic bottles, then again when they clog landfills, and further tout tap water as just as good if not better than bottled.
Via: The College Fix
Continue Reading.....
at 12/11/2013 04:50:00 PM No comments:

Only the courts can stop President Barack Obama from tweaking the Affordable Care Act without going through Congress, according to Jonathan Turley, a legal scholar and professor at George Washington University Law School.

"This administration's been very successful in blocking challenges to actions that were viewed as unconstitutional. We have to get over what's called the standing barrier where courts just refuse to hear challenges," Turley told "The Steve Malzberg Show" on Newsmax TV.

Republican lawmakers have complained that Obama's changes to the healthcare law, including delays and tweaks of certain parts of it that are causing problems, are unconstitutional because they must be passed through Congress.

"The Framers [of the U.S. Constitution] would have been appalled that you can have very clear violations of the Constitution, but literally no one can actually get a hearing to review them," Turley said.

"At a minimum, courts should recognize that members of Congress have standing to challenge these types of rules and policies. If they did, many of these things would be struck down.

"We have the emergence of what is often called an imperial presidency, something that we have resisted for generations."

Obama has shown how a future GOP president can gut Obamacare 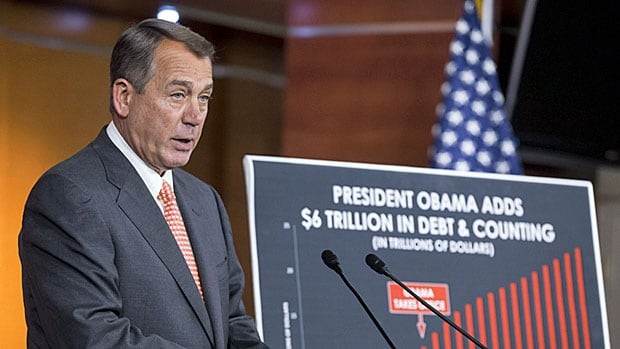 I owe Mitt Romney an apology.
During the 2012 Republican presidential primary season, I repeatedly criticized Romney — and personally challenged him during his editorial board meeting with the Washington Examiner — for promising that if elected, on day one of his presidency, he would grant Obamacare waivers to all 50 states.
As I reported, under the text of the law, the ability to offer waivers to states was subject to many restrictions and wouldn’t even be an option until 2017, four years after his hypothetical swearing in.
Though I still believe I was right about what the statute said, as it turns out, I was being old-fashioned by taking the letter of the law so literally.
Having watched President Obama and Secretary of Health and Human Services Kathleen Sebelius over the past several months unilaterally alter or outright ignore major portions of the law, I now believe that a future Republican president would have greater latitude to gut Obamacare than I once thought possible.
The changes instituted by the Obama administration in response to implementation snags have ranged from perfectly legal areas of administrative discretion stemming from the vast regulatory powers granted to the HHS secretary under Obamacare, to more creative interpretations of that discretion, to Obama simply choosing to ignore parts of the law that became inconvenient.
Obama has turned his signature legislative accomplishment into a constantly evolving wikilaw, with editing privileges restricted to himself and a few administration officials.
He’s largely been able to get away with it due to the difficulties posed by gaining standing in court for legal challenges.
Via: Washington Examiner
Continue Reading....
at 12/08/2013 08:00:00 AM No comments:

Two stories yesterday thrust pension reform in the front of the political news. In Michigan, a judge declared that Detroit could consider bankruptcy to deal with its debt crisis and that public pension obligations can be treated like any other contract under bankruptcy law. In Illinois, the state legislature passed a public pension reform that supporters say will save $160 billion and fund the retirement system over 30 years by reducing benefits for workers and retirees.
Both actions await the inevitable lawsuits promised by the public employee unions that don’t want to see members’ benefits reduced. Both stories have meaning to California cities that are struggling with fiscal problems that are wrapped around pension and health care liabilities.
Let’s state here that no one wants to see pensioners lose income they expected. That goes for public workers as well as citizens on Social Security who could see benefits cut in the not-too-distant future if the current gap between available revenue and payments due is not altered.
Saying that, something has to be done to avert the city bankruptcies and everything is on the table.
The judge making the Detroit bankruptcy decision clearly stated that, “it has long been understood that bankruptcy law entails the impairment of contracts.” That argument is at issue in the San Bernardino bankruptcy debate and could arise again in Stockton. Other California cities facing difficult fiscal conditions due to heavy pension burdens will take note.
The pension decision in Detroit will now become front and center as city officials sit down with union leaders to discuss resolutions to budget problems. The decision also gives a boost to San Jose Mayor Chuck Reed’s effort to find resolution on the pension issues that are threatening the budget in his city and cities across the state.
Reed’s proposed ballot initiative would give local governments more power to negotiate reductions in pension benefits. He has reached out to unions in an effort to find a solution to the pension crisis and avoid a war over the initiative. The unions responded by rebuffing Reed’s overture unless he drops his initiative plan.
In light of the decision coming out of Detroit on bankruptcy and public pensions, perhaps public employee unions should reconsider and accept Reed’s invitation to at least attempt to find common ground.
Via: California Political Review
Continue Reading....
at 12/08/2013 07:00:00 AM No comments:

In the first nine months of 2013, white men dominated the guest lists on the broadcast network Sunday shows and CNN's State of the Union. MSNBC was the only network achieving notable diversity in its guests, particularly on Melissa Harris-Perry's show. Republicans and conservatives are hosted significantly more on the broadcast Sunday shows than Democrats and progressives.
Media Matters has continued its monitoring of the Sunday morning talk shows on broadcast and cable networks. Following up on our previous studies, we've added data for July, August, and September to the existing data collected for the first six months of this year on ABC's This Week with George Stephanopoulos, CBS' Face the Nation, Fox Broadcasting Co.'s Fox News Sunday with Chris Wallace, NBC's Meet the Press, CNN's State of the Union with Candy Crowley, and MSNBC's Up with Steve Kornacki and Melissa Harris-Perry. Unless otherwise specified all charts and analysis below are based on the full nine months of data.

The White Male Stranglehold On The Sunday Shows

White Men Still Represent The Largest Proportion Of Guests Except On Melissa Harris-Perry. Six of the seven shows analyzed -- This Week, Face the Nation, Fox News Sunday, Meet the Press, State of the Union, and Up -- have hosted white men at a significantly higher rate than their 31 percent portion of the population.Melissa Harris-Perry provided the greatest diversity among guests, providing a much higher rate of white women and African-American guests than the other programs; Up also hosted a higher percentage of people from those demographics than CNN or the broadcast programs. Latino, Asian-American, and Middle Eastern guests have been largely absent from the Sunday shows. Native Americans fared even worse, with only two appearances (one on Melissa Harris-Perry and one on Up) out of a total of 2,436 appearances over the nine-month period studied.

One in four HealthCare.gov enrollees may not be properly signed up BY TONY PUGH 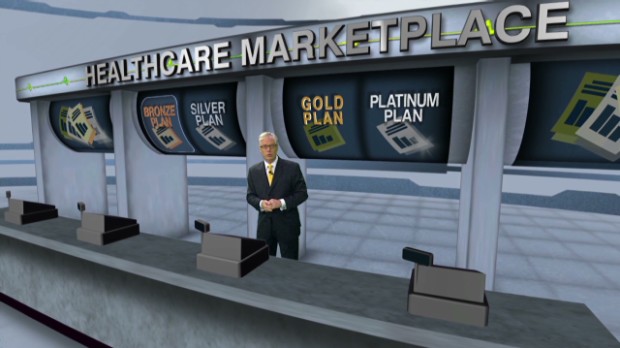 WASHINGTON — An estimated one in four people who signed up for health insurance through the troubled HealthCare.gov website in October and November may not be properly enrolled in coverage due to technical problems with the electronic enrollment reports that the federal marketplace sends daily to each health plan.
Errors in these so-called "834" forms have been a vexing problem for the marketplace as it tries to correct a slew of malfunctions and glitches which have slowed enrollment and created a political firestorm for President Obama.
Last week, government officials announced they had fixed a software problem that was causing 80 percent of the errors with the 834 forms. And on Friday, Julie Bataille, communications director for the Centers for Medicare & Medicaid Services(CMS), said officials believe nine out of ten 834s generated since December 1 are error-free.
But those fixes were too late for tens of thousands of people whose faulty enrollment information might keep them from gaining coverage on January 1, 2014.
The problems center around three types of enrollment reporting errors; the failure to generate an 834 form; issuance of duplicate forms and forms with incorrect data.
Via: McClatchyDC
Continue Reading....

OBAMACARE STILL ISN’T WORKING, BUT DON’T WORRY, THE ARISTOCRACY WILL BE FINE

Remember the billowing cloud of spin that poured from the Administration over the weekend, declaring that the ObamaCare exchange system was a billion zillion percent improved?  The media largely accepted this uncritically and passed it along as “news,” even though it took less than 24 hours to discover it wasn’t true.  The federal exchange site crashed on the same day all those triumphant “Healthcare.gov is fixed!” dispatches were being written.  The local exchange in Washington, D.C. went down even harder, leading to mass emails to Congressional staffwarning them about system outages.
Of course, this is no problem for the personal staff of Senate Majority Leader Harry Reid (D-NV), because he won them a priceless Ruling Class exemption from using the exchanges altogether.  But everyone else who works for Congress started getting a bit nervous… until they got the kind of insurance extension the rest of ObamaCare-ravaged America can only dream about.  Audrey Hudson reports for the Colorado Observer:

Members of Congress and their staff will be allowed to keep their health insurance past the end of the year deadline because of persistent problems plaguing the DC Health Link, The Colorado Observer has learned.
A memo issued to House staffers Thursday night said that the Obama administration has been made aware of the “significant problems preventing members and staff in Washington, D.C. and in district offices from enrolling in a healthcare plan.”
The memo from Chief Administrative Officer of the House Dan Strodel said that while they are awaiting a decision to keep the enrollment time open past Dec. 9, health insurance coverage would be extended through Jan. 31.