New York City’s newest mayor, Bill de Blasio, was sworn into office in the first moments of the new year with the blessing of some very important friends seated in the front row: Bill and Hillary Clinton.

The former president and the Democrats’ greatest hope to run for president in 2016 have a long history with de Blasio. And they’ve drawn upon that history to help pave the way for New York City’s first Democratic, and most progressive, mayor in more than 20 years.

“I strongly endorse Bill de Blasio’s core campaign commitment that we have to have a city of shared opportunities shared prosperity shared responsibilities,” Clinton said today moments before leading de Blasio in his oath of office. “This inequality problem bedevils the entire country.”

De Blasio served in Clinton’s administration in 1997 as the highest-ranking New York and New Jersey official in the Department of Housing and Urban Development.

One prominent Clinton hand, former White House Deputy Chief of Staff Harold Ickes, has played a crucial advisory role in the de Blasio campaign, also helping to corral the donors in the Clinton orbit that de Blasio needed to win the general election after he rocketed from relative obscurity to front-runner in the final days of the Democratic primary last year.

It was also Ickes who helped place de Blasio in the high-profile role of manager of Hillary Clinton’s 2000 Senate campaign, though the post did not make him an instant insider in the famously cloistered Clinton inner circle.

Nevertheless, that connection has paid dividends. 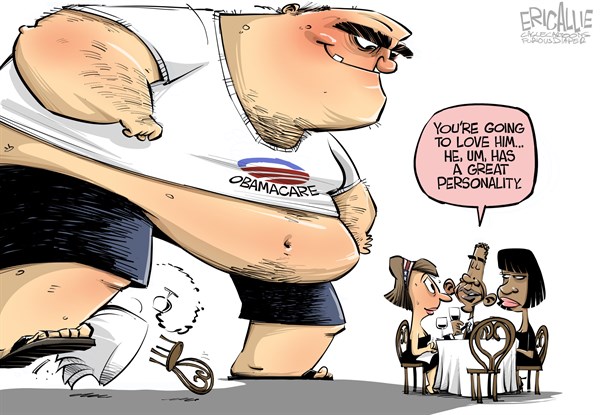 [CARTOON] On Board with Obamacare 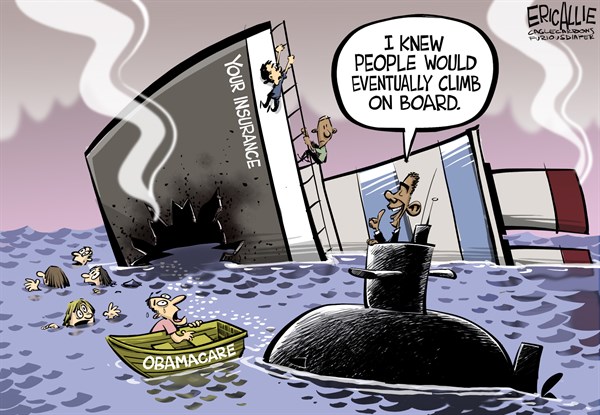 Only Richard Nixon Less Popular than Obama in Year 5

President Obama came into office promising to be the opposite of George W. Bush, but he is imitating his predecessor in one regard — his second-term slide in popularity is almost a mirror image of the Republican’s declining fortunes in 2005.

Mr. Obama’s job-approval ratings in most polls this month were 40 percent or lower, down from 54 percent at the start of the year and the lowest of his presidency. Mr. Bush’s popularity in December 2005 stood at 43 percent, down from a high of 57 percent near the beginning of his second term and less than half the 90 percent-plus approval ratings in the days after the Sept. 11 attacks.

Only Watergate-plagued Richard Nixon had a worse rating than Mr. Obama at the same point of his presidency, in 1973. Although presidents tend to lose some public approval after winning second terms, Mr. Obama’s numbers slipped more quickly than most others.

“The history of the presidency is like an hourglass with the sand running out,” said Stephen Hess, a presidential historian at the left-leaning Brookings Institution. “There is a little bump up at the start of the fifth year, and then the downward trend continues. The problem here is that Obama had such a terrible fifth year. He blew that one opportunity he had to put some things together.”

Almost from the moment of his reelection, Mr. Obama was sidetracked by scandals including the Internal Revenue Service targeting of conservative groups and revelations of widespread spying by the National Security Agency.

In October came the hapless launch of the Obamacare website and the public’s realization that Mr. Obama didn’t tell the truth when he assured consumers that they could keep their health insurance policies

if that’s what they preferred. The president’s broken promise damaged his credibility and was chosen by an independent fact-checking group as the biggest political lie of 2013. 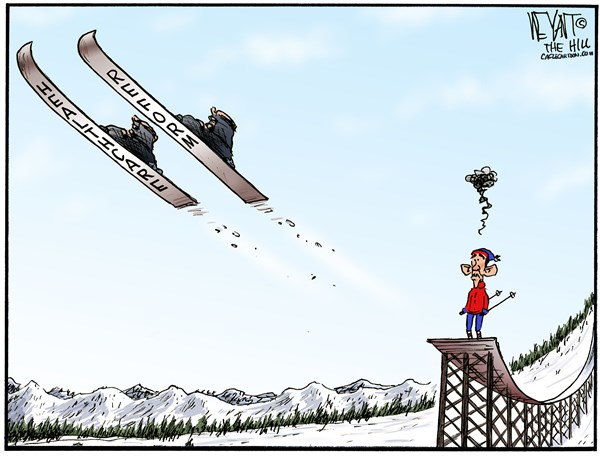 In the second half of the 2000s liberals did a fine job of blaming Bush for everything that went wrong in the US. His "neo-con" supporters, they asserted, were just as bad.
Now that President Obama and his signature legislation are a twin disaster the same opportunity beckons for conservatives. It's not just Obama, it's the whole liberal project that created this mess. So the road to 2016 involves discrediting Obama, but also the whole liberal ruling class.
A good place to start would be FDR's Four Freedoms, for when the campaign to elect the un-Obama kicks off in 2016 it will be 75 years since Franklin Delano Roosevelt unveiled his Four Freedoms on January 6, 1941. In case you forgot, the freedoms were:
Freedom of Speech
Freedom of Worship
Freedom from Want
Freedom from Fear
Have you ever thought about how the liberals have utterly betrayed the noble sentiments of the Four Freedoms?
Nothing personal here. It's just that all power corrupts, and liberal power corrupts absolutely.
Let us give our liberal friends the benefit of the doubt and stipulate that, then and now, liberals believe what they say they believe in. Even so, for the sake of truth, justice and the American Way, we must look at the liberal record on the Four Freedoms.
Via: American Thinker
Continue Reading....
at 12/31/2013 07:00:00 PM No comments:

The One Line of Communication No One Can Breach

In a world where governments are gobbling the privacy of ordinary citizens, there is something owned by every human being that is completely immune to the interference of the NSA, FBI, IRS or any other earthly agency: a powerful and always available direct line of communication that cannot be tampered with and is impossible to break.

It’s a direct line of communication with your Creator and nobody or no thing can take it away from you should you put it to use.

This direct line of communication can be tapped into from anywhere, at any time.  You don’t have to wait for a Sunday to use it because the cathedral of the human heart, where it originates,  can be put into use, 24-7.

That direct line to the Creator is precious, not least of all because it is the only private one left in a world that continues to rob citizens of privacy and peace of mind.

Western governments of the day are proving they can take everything away from you—the privacy you assumed you had, your job, your family’s food, the roof over your head, your very peace of mind.

Appearing as a guest on the Friday, December 27, Hardball on MSNBC, comedian and Daily Beast columnist Dean Obeidallah -- who has also been a CNN contributor -- cracked that "conservatives hate a lot of women" as he recounted that the woman whose face appeared on the ObamaCare Web site had been tagged "the most despised woman in America"  by "some bloggers on the right," whom he failed to identify.
Substitute host Michael Smerconish asked about the background of the woman known as Adriana whose photograph was used for the Web site: "Dean, what was the back story here? She posed in exchange for free photographs or something?"

Obeidallah responded:
For nothing. They paid her nothing, and look what she got in exchange. They said, "We're going to use your photo on some of the rollout." I bet you under their hushed breath, they were like, "You're going to be on the home page."
But they didn't want to say that to her because no one would want to be on the home page of this huge program. And then she was demonized. First, comics made fun of her. Then, some bloggers on the right called her "the most despised woman in America." Which is a pretty high bar because conservatives hate a lot of women.
The comedian then quipped that, if he had gotten his own face on the Web site, it might have landed him a job hosting on MSNBC:
But, on the flip side, is she got really well known, and I wish, for that reason, they would have used me. I would have been happy to be the face of ObamaCare Web site. I would have become better known. Maybe I could have guest hosted Hardball one night, Michael. You never know.
--Brad Wilmouth is a news analyst at the Media Research Center. Click here to follow Brad Wilmouth on MSNBC.
Via: Newsbusters