A gunman who was also armed with a hatchet opened fire in a movie theater in suburban Nashville, Tenn. Wednesday before dying in a shootout with police.
Fire department spokesman Brian Haas said three people were treated for exposure to pepper spray, and one of those had a superficial wound that could have been caused by a hatchet. No one was taken to a hospital.
The gunman was reportedly identified as a 51-year-old man from the Nashville area. Police spokesman Don Aaron said he was wearing a surgical mask when he unleashed pepper spray inside the theater showing "Mad Max."
Aaron said an officer came into the theater and was fired upon by the suspect. The officer shot back, then backed off. After that, a SWAT team came in, and there was another exchange of gunfire. The suspect was then found dead.
The man also left two backpacks that were being examined by hazardous device officers.
A metro police dispatcher told The Tennessean newspaper the shooting was reported at 1:13 p.m. at the Carmike Hickory Hollow Cinema in Antioch, Tennessee.
Nashville Police confirmed in a tweet that an active shooting situation was reported, and the the suspect was dead.
The latest shooting comes about two weeks after a gunman opened fire inside a movie theater in Lafayette, Louisiana, during a screening of the film "Trainwreck." Police said John Russell Houser killed two people and wounded nine others before fatally shooting himself. 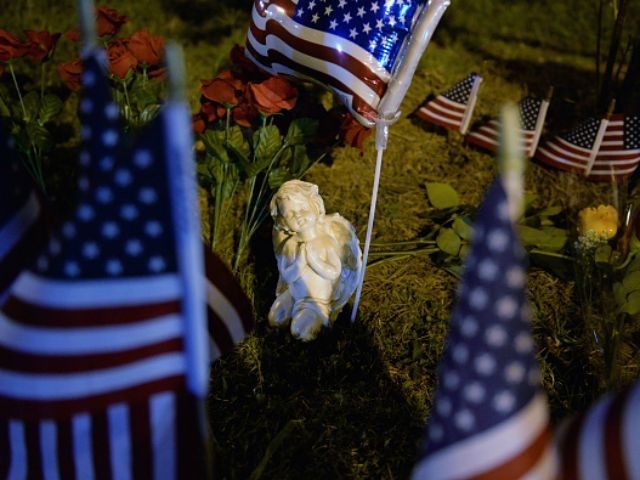 The Tennessean is reporting that Mohammad Youssef Abdulazeez, the 24-year-old “practicing Muslim” from Hixson, Tennessee who killed 4 Marines in Chattanooga, Tennessee yesterday, was employed at Superior Essex, a manufacturer of wire and cables located in Franklin, Tennessee.

WWTN Radio in Nashville reported that Abdulazeez called in sick and did not report to work at Superior Essex on Monday and Tuesday.
Franklin, a suburb of Nashville, is located 120 miles northwest of Chattanooga, Tennessee, where Abdulazeez killed four unarmed Marines at a recruiting center yesterday. Abdulazeez was killed by law enforcement officials during the shootings.
Abdulazeez was born in Kuwait, and graduated from Red Bank High School in the Chattanooga area. In 2012 he graduated from the University of Tennessee at Chattanooga with a degree in electrical engineering. According to an online resume, he worked as an intern at the Tennessee Valley Authority, Mohawk Industries, and Global Trade Express before landing his job at Superior Essex.
Breitbart News contacted Superior Essex this morning and spoke with the security person who answered the phone.
“I have been instructed to say get off the property, no comment,” the security person told Breitbart News.
The security person advised Breitbart News to call back at 8 am central when “the powers that be” will be available for comment.
The Superior Essex voice mail system did not accept messages Breitbart News attempted to leave messages for senior management of Superior Essex.
According to the Chattanooga Times Free Press, Abdulazeez trained in mixed martial arts, and was arrested on April 20, 2015 when he failed a sobriety test:

Abdulazeez’s father, also named Youssuf Abdulazeez, works as a soil engineering specialist for the Chattanooga Public Works Department, city records show. A co-worker who asked to remain anonymous said he was a nice man, hardworking, never caused anyone any trouble.
The elder Abdulazeez has owned the family’s house at 1902 Colonial Way Circle since 2001, according to Hamilton County property records. On Thursday, he did not return a call on his cellphone.
The younger Abdulazeez, who had lived in the Chattanooga area since he was in elementary school, has one incident on his criminal record. He was arrested by Chattanooga police on April 20 for driving under the influence after he was seen swerving while driving on M.L. King Boulevard around 2 a.m.
The arresting officer noted the smell of alcohol and marijuana, and said Abdulazeez had a white powdery substance around his nose, according to the arrest report.
Abdulazeez told police he had been around friends that night who’d been drinking and smoking. But he failed a sobriety test, was arrested and released on a $2,000 bond.
Court records show that’s the only time Abdulazeez has been arrested in Hamilton County.


Abdulazeez, a practicing Muslim, would sometimes get in trouble with the wrestling coach for fasting during the season because of the sport’s strict weight requirements, Smith added.
Scott Schrader, one of the owners at Chattanooga Fight Factory who trained Abdulazeez in mixed martial arts, said the then-teenager would stop training every day at 6 p.m. to pray.
….


In Abdulazeez’s senior photo in a Red Bank yearbook, he sports a tux and smiles into the camera, clean shaven and without the beard he wore when arrested for DUI this year. Under is name is a senior quote, attributed to “Hijabman,” an American-Pakistani activist.


“My name causes national security alerts,” the quote reads. “What does yours do?

UPDATE:
Breitbart News spoke with Superior Essex’s plant manager at its Franklin, Tennessee headquarters, Dave Marcaurele, Friday morning at 9:15 am central time to confirm details of Abdulazeez’s employment.
“We don’t have any comment at this point in time,” Marcaurele told Breitbart News
Via: Breitbart
Continue Reading....
at 7/17/2015 11:30:00 AM No comments: Links to this post

When the federal government began providing billions of dollars in incentives to push hospitals and physicians to use electronic medical and billing records, the goal was not only to improve efficiency and patient safety, but also to reduce health care costs.

But, in reality, the move to electronic health records may be contributing to billions of dollars in higher costs for Medicare, private insurers and patients by making it easier for hospitals and physicians to bill more for their services, whether or not they provide additional care.
Hospitals received $1 billion more in Medicare reimbursements in 2010 than they did five years earlier, at least in part by changing the billing codes they assign to patients in emergency rooms, according to a New York Times analysis of Medicare data from the American Hospital Directory. Regulators say physicians have changed the way they bill for office visits similarly, increasing their payments by billions of dollars as well.
The most aggressive billing — by just 1,700 of the more than 440,000 doctors in the country — cost Medicare as much as $100 million in 2010 alone, federal regulators said in a recent report, noting that the largest share of those doctors specialized in family practice, internal medicine and emergency care.
For instance, the portion of patients that the emergency department at Faxton St. Luke’s Healthcare in Utica, N.Y., claimed required the highest levels of treatment — and thus higher reimbursements — rose 43 percent in 2009. That was the same year the hospital began using electronic health records.
The share of highest-paying claims at Baptist Hospital in Nashville climbed 82 percent in 2010, the year after it began using a software system for its emergency room records.
Via: NYT
Continue Reading...
at 9/23/2012 12:30:00 AM No comments: Links to this post