For Those Who Don't Believe in Election Fraud 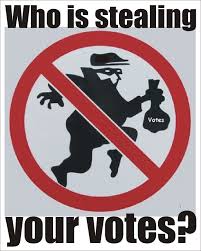 "Yes, the Rizzo-Royster race turned on vote fraud," admitted the Kansas City Star's Barbara Shelly in a crow-eating column nearly three years after it would do any good. For years the Star has routinely mocked anyone who dared suggest vote fraud was a problem.

Among those mocked was Will Royster, a retired Navy fighter pilot who seemingly lost in a northeast Kansas City Democratic primary for state representative in 2010 by the final count of one single vote. The seeming victor, endorsed by the Star, was neophyte J.J. Rizzo, the son of Democratic machine honcho, Henry Rizzo.

What follows is a letter from a young Democrat Nick Moreno who observed the process up close named. The letter details the various tools Democrats use to steal elections and kill would-be Democratic reformers in the womb. It is edited only for length and clarity.