WASHINGTON/SANFRANCISCO (Reuters) - The computer network used by Democratic presidential candidate Hillary Clinton’s campaign was hacked as part of a broad cyber attack on Democratic political organizations, people familiar with the matter told Reuters.
The latest attack, which was disclosed to Reuters on Friday, follows reports of two other hacks on the Democratic National Committee and the party’s fundraising committee for candidates for the U.S. House of Representatives.
The U.S. Department of Justice national security division is investigating whether cyber hacking attacks on Democratic political organizations threatened U.S. security, sources familiar with the matter said on Friday.
The involvement of the Justice Department’s national security division is a sign that the Obama administration has concluded that the hacking was state sponsored, individuals with knowledge of the investigation said.
The Clinton campaign, based in Brooklyn, had no immediate comment and referred Reuters to a comment from earlier this week by campaign senior policy adviser Jake Sullivan criticizing Republican presidential candidate Donald Trump and calling the hacking "a national security issue."
The Department of Justice had no comment.
It was not immediately clear what information on the Clinton campaign’s computer system hackers would have been able to access.
Hackers, whom U.S. intelligence officials have concluded were Russian, gained access to the entire network of the fundraising Democratic Congressional Campaign Committee, of DCCC, said people familiar with the matter, detailing the extent of the breach to Reuters for the first time.
Access to the full DCCC network would have given the hackers access to everything from emails to strategy memos and opposition research prepared to support Democratic candidates in campaigns for the House.
The hack of the DCCC, which is based in Washington, was reported first by Reuters on Thursday, ahead of Clinton’s speech in Philadelphia accepting the Democratic party’s nomination.
Via: Yahoo
Continue Reading....
at 7/29/2016 02:22:00 PM No comments:

The daughter of Planned Parenthood president, Cecile Richards, has worked on a number of pro-abortion campaigns and is currently helping out her mother’s friend, Hillary Clinton.
Politico reports that Lily Adams joined the Clinton campaign last spring as Iowa’s press secretary. Adams is Richards’ oldest daughter and she previously worked as the Deputy Communications Director for the Democratic National Committee.
In past elections, Iowa has been a battleground for Democrats and abortion groups like NARAL, Emily’s List and Planned Parenthood have dumped tons of money into their political campaigns. For example, in 2012, Planned Parenthood spent $1.4 million on pro-abortion ads in Iowa. In 2008 and 2012, Obama carried the state by 54% and 51.99% respectively. However, in 2012 Republicans won the governorship, and in 2015, they won the Senate race.
Last year, Clinton unsuccessfully tried to convince Iowans that to be pro-woman is to be pro-abortion. At a pro-Braley rally, she said, “It’s not enough to be a woman, you have to be committed to expand rights and opportunities for all women.” Of course, we all know how that turned out; pro-life Joni Ernst took Iowa in the Senate election.
SIGN THE PETITION! We Oppose Hillary Clinton!
In January 2014, Richards bragged about her daughter’s pro-abortion views In an interview with Elle Magazine.
She said, “Lily is blessed with all the right genetic material and she’s rich with DNA [for it]. It’s been wonderful to see her in her various roles since college, and her confidence! I think she was three years old when my mom ran for governor and she seemed to, at a very early age, pick up on a lot of the lessons about that campaign. So it’s been really exciting to see her now use it professionally. I will say one of the funniest things now is to get an email from Lily, and her role at the DNC, talking about the very issues that I work on everyday—Planned Parenthood or women’s rights. That’s pretty gratifying.”
On social media, Adams promotes Clinton and Planned Parenthood every chance she gets just like her mother. In fact, most recently she expressed support for the abortion giant after videos showed their top executives haggling over the price of aborted babies’ body parts, admitting to altering procedures to obtain salable organs and casually discussing ways to perform “less crunchy”abortions to procure intact organs.
Via:Life News
Continue Reading....
at 8/06/2015 02:30:00 PM No comments:

[VIDEOS] Hillary Clinton's $2 Million Television Ads: All About Her Mom

There's one person Hillary Clinton really wants the voters of America to get to know more than anybody else. And her name is Dorothy Rodham.
Dorothy is Clinton’s late mother. She died in 2011. But she's playing a starring role in her daughter’s presidential campaign, and is the focus of Clinton’s first television ads.
Hillary Clinton to Unveil Talk-About-Her-Mom Strategy at First Campaign Rally
Bill and Hillary Clinton Made $140 Million Over Last 8 Years
Hillary Clinton Challenges Jeb Bush On His Home Turf
On Tuesday, Clinton’s campaign will begin broadcasting two TV ads in Iowa and New Hampshire. The one-minute spots, which will air over the course of five weeks, emphasize Clinton’s mother’s story over her own.
The first ad, titled “Dorothy,” is almost completely devoid of any discussion of Clinton’s credentials. Instead, it's focused on recounting her mother’s trauma-filled childhood.
Clinton, who narrates the story over old photos of her mom, describes how her mother is the person who most influenced her desire to fight for families and to run for president.
“I think about all the Dorothy’s all over America who fight for their families, who never give up,” Clinton says while video of a mother tucking her daughter in to bed plays. “That’s why I’m doing this. That’s why I’ve always done this. For all the Dorothy’s.”
The second ad, titled “Family Strong,” opens with Dorothy’s story, but then transitions to lay out more of Clinton’s resume -- beginning with her first job out of law school at the Children’s Defense Fund to her new role as grandmother.
At one point the narrator bluntly refers to President Obama as “the man who defeated her" when saying Clinton served in the president's cabinet as Secretary of State.


The "Family Strong" ad also includes a photo of Hillary and Bill Clinton with their new granddaughter, Charlotte. Clinton's daughter, Chelsea, however, is not mentioned or pictured in either spot.
The strategy for Clinton to talk about her mom is one that her campaign has been pushing since its launch. The hope is that telling personal stories will soften Clinton's image and re-introduce her to voters.
"We’re going to make sure everyone knows who Hillary Clinton really is -– who she fights for and what has motivated her lifelong commitment to children and families,” Clinton's Campaign Manager Robby Mook said in a statement. “Since Day One, we’ve planned for a competitive primary with Hillary herself working to earn every vote and, ultimately, the nomination. This is the natural next step.”
The two ads, released online Sunday, are part of an initial five-week buy costing the campaign a total of roughly $2 million -- about $1 million in each state.
Via: ABC News
Continue Reading....
at 8/04/2015 11:30:00 AM No comments: 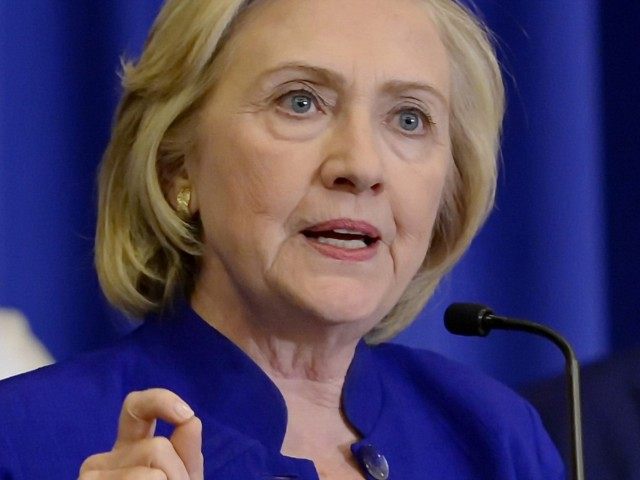 A political reporter for The Daily Mail told The Kelly File that he was barred from a third Hillary Clinton campaign event in New Hampshire. It was a story reported by Megan Kelly.
"This is the one thing she doesn't get to control,” said Megyn Kelly.
The latest incident happened Monday night at the Manchester City Democratic Committee’s Flag Day Dinner, according to David Martosko, the Mail’s U.S. political editor.
"The Daily Mail is a very dogged, thorough reporting organization, and we don't tend to show up and do what we're told...and a lot of those stories the Clinton's don't like," said Martosko.
"I was embarrassed, as a journalist to see how many journalists reported on Saturday only what the Clinton campaign wanted them to,” he added. "We have a duty to do more than that. But I think the Clinton campaign, at this point, doesn't have a lot of tolerance for reporters who stray outside the lines."
The press pool stands with Martosko and the Daily Mail to have access, like all other journalists, to cover the Hillary campaign.
This was the third campaign event Martosko has been denied media access to as it was previously reported that Martosko was barred from covering Clinton events in Rochester and Concord, NH.
Hillary can choose whether or not she wants to answer questions from the media, but as Martosko stated, "the Clinton campaign doesn't get to choose who covers them."
As the Daily Mail reporter noted, this story is about the fact that reporters "have the freedom to go to these events and cover them."
"I was told 'you need to leave,' Martosko said, "I find that unacceptable and offensive."
If Hillary won't give power to the press, how can we trust she'll give power to the people?
Via: Fox News
Continue Reading....
at 6/16/2015 01:30:00 PM No comments: