HOW TO DEBATE PRESIDENT OBAMA 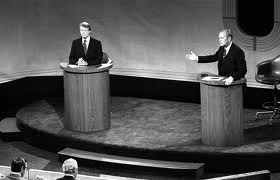 The upcoming Presidential debate on October 3 is the most important single event in Mitt Romney’s political career.
The elite news media is doing everything they can to convince Romney’s supporters that the election is lost.
Americans will be tuning in that evening to see if Governor Romney turns this media narrative on its head.
This will be the first time Americans will see President Obama and his challenger side by side.
This will be the largest audience to watch the two men side by side without editing or distortion by the media. If Romney wins this debate, the next debate will have an even larger audience. If he loses it, the elite media will be giddy in its intense reporting of an Obama victory and the Obama team will be giddy and energized by the proclamation of victory.
The media will attempt to pounce on a strong Obama debate and try to bring back up Bain Capital, 47 percent, income tax returns and a host of wounds as perceived by the left.
On the other hand, a Romney victory will destroy the false media narrative that is determined to avoid President Obama’s failure. Suddenly, unemployment over 8 percent, gasoline rising from $1.89 when Obama was elected to $3.89 today, massive deficits, Obamacare, weakness in foreign policy and a host of other failures will rush to the forefront.
Obviously a lot depends on this debate.
And much of the outcome depends on events and actions which are not part of normal debate preparation.
I have been observing Presidential debates since the very first debates in 1960 between John F. Kennedy and Richard Nixon.
Sometimes the outcome of a debate can turn on the most trivial thing.
Richard Nixon vs. John Kennedy
In 1960 then-Vice President Richard Nixon turned down professional makeup.
Television was still black and white and the lights were often harsh. Nixon thought a light application of a roll on makeup stick would suffice. His judgment was further flawed by two realities he ignored. First, Nixon naturally had a strong beard and the absence of makeup would give him a five o’clock shadow even if he shaved just before the debate. Second, he had hurt his leg, gotten infected, spent several days in the hospital and lost weight. The result was that he looked gaunt.
Via: Human Events
Continue Reading...
at 9/27/2012 01:00:00 AM