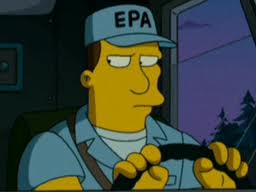 Within the next three to five years, more than 200 coal-fired electric generating units will be shut down across 25 states due to EPA regulations and factors including cheap natural gas, according to a new report by the American Coalition for Clean Coal Electricity (ACCCE).
“This is further evidence that EPA is waging a war on coal, and a war on affordable electricity prices and jobs. EPA continues to ignore the damage that its new regulations are causing to the U.S. economy and to states that depend on coal for jobs and affordable electricity,” said Mike Duncan, president and CEO of ACCCE, in a statement.
However, ACCCE notes that EPA policies may have played a role more than 4,800 megawatts of announced closures not included on in their report which would bring total shutdowns to 241 coal generator in 30 states — more than 36,000 MW of electric generation or 11 percent of the U.S. coal fleet.
The most affected states include Ohio, Pennsylvania, West Virginia, Virginia, and North Carolina, which will see a combined 103 coal-fired generators shut down.
“Actually our utility rates are higher and the impact is such that it’s going to interfere with the quality of life that a lot of individuals have in my community,” said John McNeil, mayor of Red Springs, N.C., in an ACCCE video — one of the heavily affected states.
According to ACCCE, coal provides more than half of North Carolina’s power. Poorer areas, like Red Springs, where a number of residents are on fixed income or live below the poverty line, are adversely affected by higher electricity bills because they eat up a greater portion of their income.
“During my lifetime, Red Springs has gone through some fairly significant changes. We don’t have the large textile plants which provide employments opportunities for many people. We’ve just shifted away,” said John Roberts of John’s Fuel Service, also in Red Springs.
Via: The Daily Caller